RYANS REMOVALS was founded in 1969 by Mr Tom Ryan, his wife, Mrs Eileen Ryan and there three sons. All together they helped build a removal firm based on a reputation of reliability and care in peoples house moves.

Sadly Mr Tom Ryan past away in June 1976 and Ryans Removals was carried on by his wife & two sons. Mrs Eileen Ryan & one son retired a few years later leaving Dave Ryan to carry on the business. Dave Ryan continued to follow in his father's footsteps and took the company to what is it today, recognised as a main player in the Birmingham area & a worldwide mover.

In January 2000 Dave Ryan's son Tom Ryan joined the company at the age of 19 & worked on the vans & occasionally in the office. In August 2004 passed his LGV Class 2 & is now regularly driving 7.5 tonne removal trucks up & down the country moving customers just like his father & grandfather once did.

In 2006 Tom Ryan travelled down to the BAR Headquarters in Watford to take part in their Estimating Course to mould together his experience on the vans and the maths and strategy behind cubic measurements in sizing up removals. Ever since then Tom Ryan has became the Company Manager and Prime Estimator leaving his father, hopefully to take a back seat after all his years of hard work.

Up to the present day Ryans Removals is still a leading removal company in the Solihull & Birmingham area & is now becoming a recognised company in removals to & from Europe. As well as being the main contractor to Solihull Hospital, Heartlands Hospital, Good Hope Hospital & the Birmingham Children's Hospital Ryans Removals have stored & moved stage equipment & props for various shows for the BBC, based in Pebble Mill Birmingham and conducted large Commercial moves for Melville Exhibitions based at the N.E.C Birmingham and Network Rail.

After 47 years of moving, Dave Ryan quotes "As a family run business it gives me & the rest of my staff great pleasure in taking pride in the fact that we are a BAR member & still continue to receive thank you letters as gratitude for our service. It gives us all the peace of mind that our customers are happy with our service & that we make a potentially stressful time for them exactly the opposite. 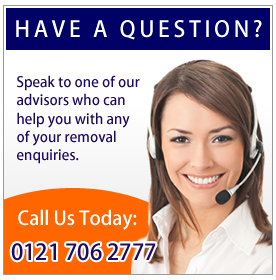 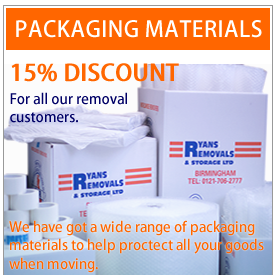 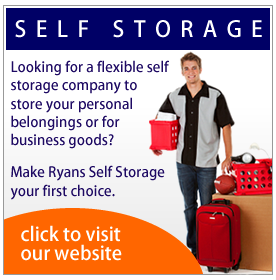 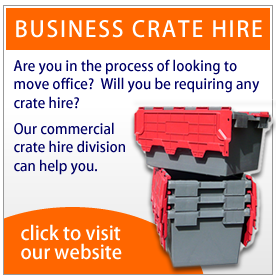